Exhibition - Animals Beyond the Call of Duty


Scandinavian Studies at the University of Edinburgh is pleased to announce a new initiative: our first public exhibition Animals Beyond the Call of Duty, which will open at Edinburgh Zoo Education Centre on Friday 17 August and run until Friday 31 August.

The exhibition will open on Friday 17 August at 11:00-12:15, in the presence of veterans from Norges Gardistforbund, with four short talks about the animals featured in the exhibition:

As well as exploring this innovative way of sharing our research with new audiences, the development of this exhibition has allowed us to scope the enormous potential of oral history research into Scottish-Scandinavian relations in the twentieth century. There is a particularly pressing need to carry out deeper research into the effects of the bonds established between Norway and Scotland during the Second World War while the events remain in living memory.
The exhibition is curated by Dr Guy Puzey (University of Edinburgh) and Ms Kirke Kook (University of St Andrews).
If you are interested in attending the exhibition opening event on Friday 17 August, limited places are still available. Please contact g.puzey@ed.ac.uk for further details. 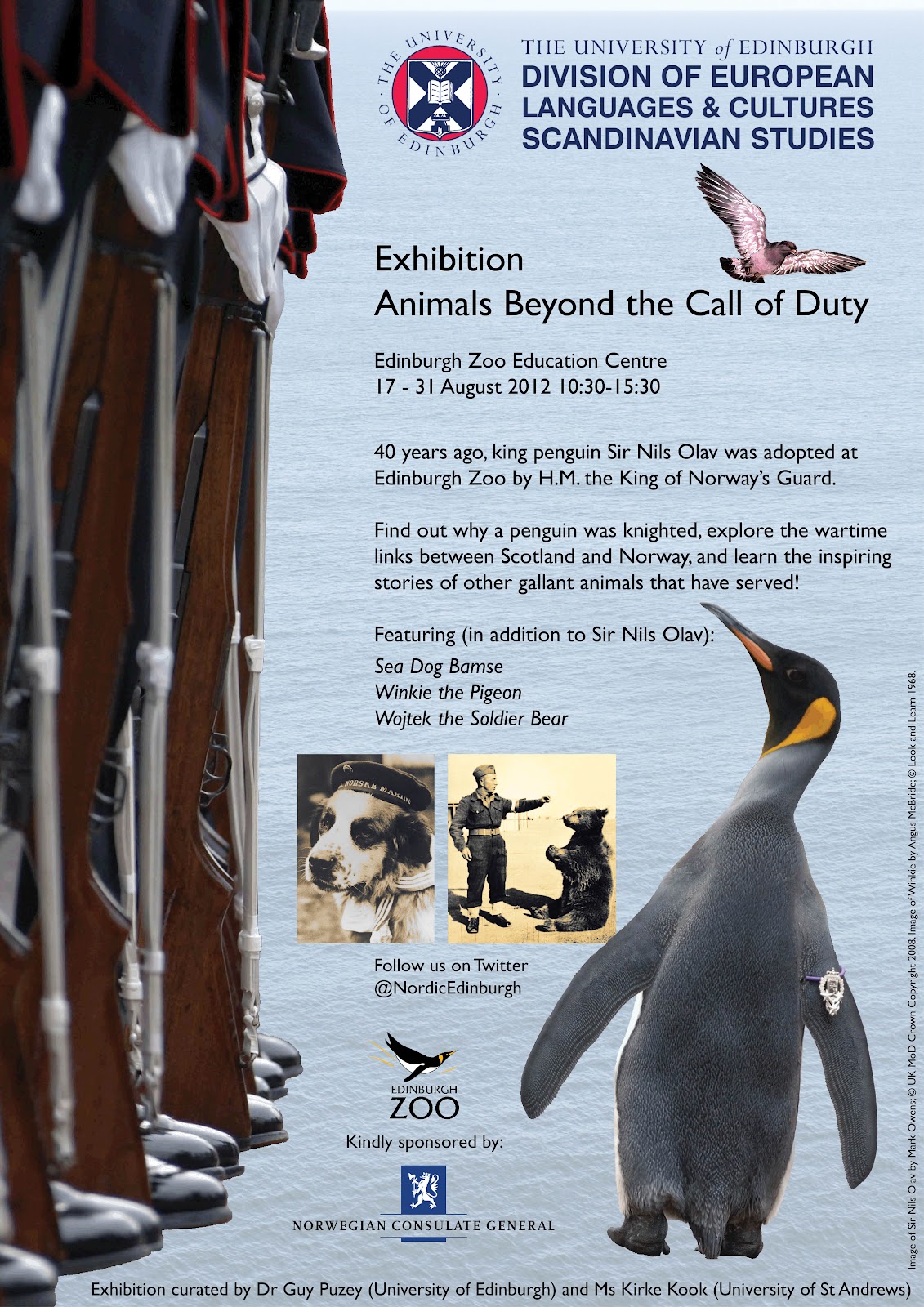 The Nordic Research Network is a network of UK-based research students and early-career researchers working in the field of Scandinavian Studies.
The next NRN conference will be held at the University of Edinburgh 18-19th February 2015.
A call for papers has been issued. Please see the new website at www.nordicresearchnetwork.co.uk for further details.